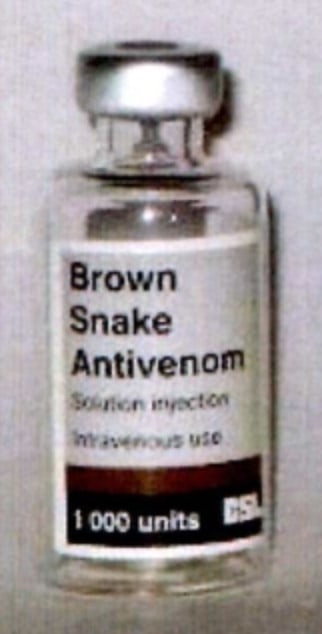 This year at EMCORE 30-31st May, we are proud to have Dr Ken Winkel, Toxicologist and Director of the Australian Venom Research Unit at the University of Melbourne,  talking about cold blooded bites. Here is a recent article by Dr Winkel in The Conversation. The comments following the article are very worthy of a read.

In October 2014, a 41-year-old man in the goldfields region of Western Australia collapsed and died within an hour of being bitten by the brown snake he was trying to capture.
While such deaths are infrequent, around 580 Australians are hospitalised for snakebites each year. But compared to centuries past, we now have a much better understanding of this bush hazard and how to combat venom toxicity.
In the 19th century, the treatment for a snakebite was at times more dangerous than no treatment at all. Health authorities promoted intravenous ammonia and strychnine (the latter is now recognised as a poisonous pesticide) as antidotes against the effects of snake venom. This resulted in the death of at least one child in Victoria.
It was only in 1930 that Australia finally developed our own, “homegrown” snake antivenom. This horse-based product, for human use, is now made by bioCSL in Melbourne and provides an antidote against the venom of all the major dangerous snakes.
Antivenoms act as molecular sponges, mopping up and helping eliminate venom in the blood so it can’t do any further damage. Such toxins can attack the blood clotting and cardiovascular system, the nerves, muscles and kidneys.
Most snakebite deaths and hospital admissions in Australia are due to brown snakes. This is because the six species of brown snake are more widely distributed than any other of the five major Australian land snakes: tiger, death adder, black snakes and taipans.

The good news is that although brown snakes produce a highly toxic venom, due to its very small fangs (about three millimetres in length) and low venom output, most bites do not result in serious illness. Indeed, many snakebites are hard to see (such as this brown snakebite illustrated here). 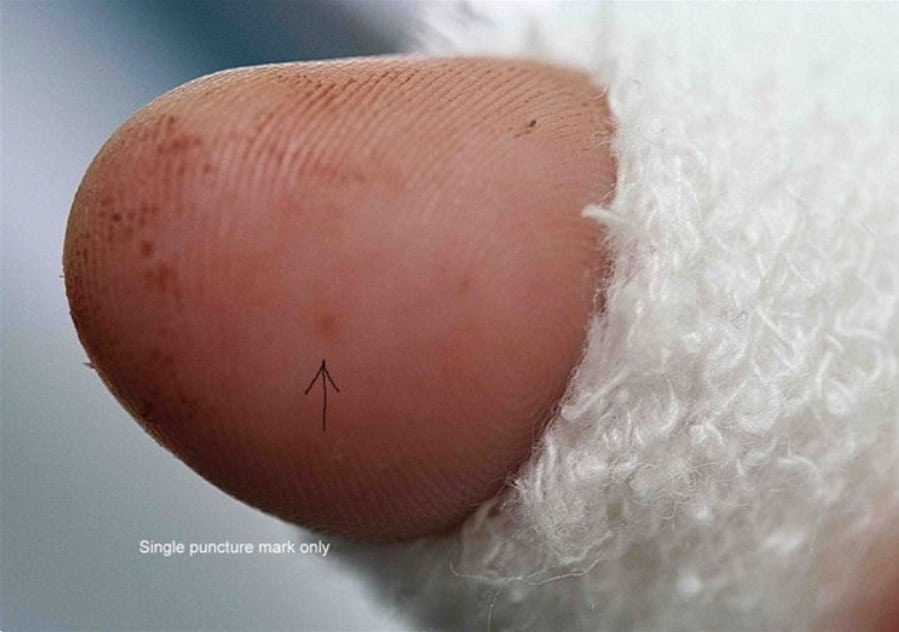 Brown snake fangs are about 3mm long. Dr Chris Barnes, Bundaberg Base Hospital
But you can never tell which one will be deadly or harmless so treat all suspected snakebites as if they could be deadly: don’t panic, stop what you are doing, and initiate first aid.
Snake venom moves into the blood via the low-pressure lymphatic system. This network of channels drain the fluids in our limbs outside of the blood vessels where venom is usually injected. As our muscles help pump this system, the worst thing you can do is to panic and run for help, as this will accelerate the circulation and action of the injected toxins.

Ideally a second person should apply the pressure immobilisation technique of first aid to help stop venom moving into the circulation. First recommended in 1979, this approach combines the application of a firm circumferential limb bandage from the finger tips (if the bite is in the upper limb) or toe tips (if in the lower limb, where most snakebites occur) to the trunk. This should be pressure equivalent to that for an ankle sprain bandage – not a tourniquet that would painfully block all blood flow.Next, the person’s limb should be splinted and they should be kept still while transports arrives.All elements of this approach are required for it to be effective as otherwise the venom will still move into the blood.

When it comes to avoiding snakebites, common sense goes a long way: when in the bush, wear boots, long trousers and watch where you walk.

Obviously snakes should not be chased, harassed or struck as this increases the chance of receiving a dangerous bite. This is especially true when alcohol is involved, as it impairs judgement and reflexes.

Sometimes people are not aware that they have been bitten, especially children running around in the bush during summer, so any suspected snakebite should be treated as if it were a definite snakebite.
Because it’s difficult to formally identify dangerous venomous snakes in Australia, its safest to assume any snakebite is potentially dangerous and proceed as if for a harmful one. Not all “brown snakes” are brown coloured, likewise not all brown-coloured snakes are “brown snakes”. Similarly, not all tiger snakes have a striped colour pattern and some brown snakes may have “tiger-like” stripes.