A 15 yo male with a Smith’s Fracture.

The patient had fallen onto his flexed left wrist during a football match. There were no other injuries, however there was a history of a right sided wrist fracture in the recent past.

On examination, the wrist appeared deformed in a classic ‘garden spade shape’, however the patient was comfortable and the limb was neurovascularly intact. There was specific exclusion of any acute Median nerve deficits. This is the patient’s non-dominant hand.

X-rays were taken, as shown below: 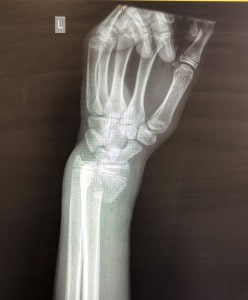 The diagnosis is a Smith’s Fracture of the left forearm named after Smith, who first described this in 1847(1)

A Smith’s Fracture, sometimes also known as a Goyrand Fracture is a distal radial fracture with volar angulation of the distal fracture fragments. It usually results from a fall onto a flexed wrist or from a direct blow to the dorsal forearm.

A Smith’s Fracture is considered the opposite of a Colles fracture.

In most cases Smith’s Fractures are unstable and will need internal fixation. Attemps at initial reduction can be achieved by the opposite positioning to that of a colles fracture. Supination can aid in reduction and plastering in the fully supinated position with the elbow flexed at 90 degrees can aid in keeping the fracture fragments from slipping. A followup X-ray needs to be performed several days after the plaster is applied to assess for slippage.

This is a difficult fracture to reduce and one that is prone to slippage of fracture fragments. Mal-union can result in significant deformity sometimes called a ‘garden spade deformity’. Due to the instability of the fracture, most will require internal fixation.

The fracture may also result in acute median nerve injury (refer to examination of the hand), or delayed carpal tunnel syndrome secondary to narrowing of the entry into the canal. 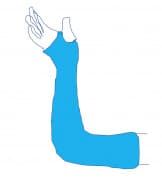 The patient underwent reduction of the fracture, under sedation and was placed in an above elbow cast, with the wrist extended. The results are shown below. The reduction is acceptable until referral for internal fixation can occur. 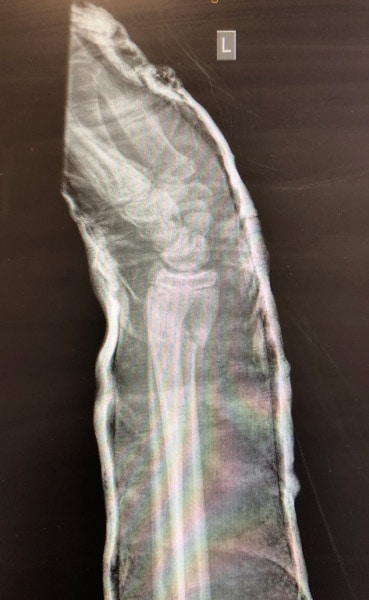 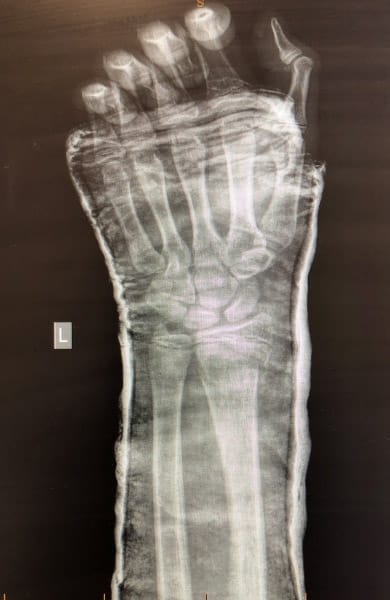