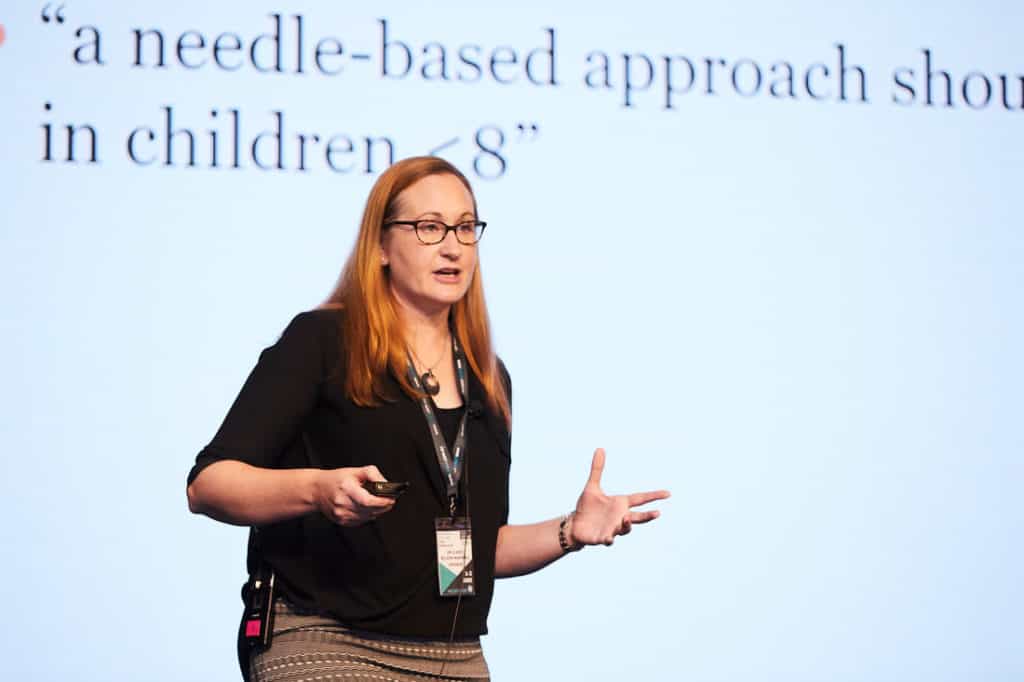 How to Control Blood Pressure in Intracranial Haemorrhage

The scenario is this:
A 62 year old male is brought in to your emergency department by ambulance. He has had a sudden onset of headache and has decreased use of left side. His vitals are:
GCS 14, HR 92, BP 210/100, Sats 95% on room air. A CT reveals a large intracranial haemorrhage.

Do we lower the blood pressure? If yes, to what do we lower it to? What’s the evidence?

Here’s a quick summary, as I’ll be covering this in detail at EMCORE.

We know that a key determinant of outcome in hemorrhagic stroke is haematoma volume(Stroke 1997;28:1-5), so that a large haematoma, or haematoma expansion is associated with poor outcomes. We also know that intracerebral haemorrhage and associated high blood pressure, has a poor clinical outcome (JHypertension 2005;23:1217-23)

The first thing to make clear is that hemorrhagic stroke is different to ischaemic stroke. In ischaemic stroke, all the fuss related to lysis, is about perfusing and salvaging the penumbra of ischaemic brain tissue, surrounding the dead central tissue.

This penumbra doesn’t exist around hemorrhagic tissue. This region is said to be in a hibernating state and the low cerebral blood flow is matched by a low metabolic rate. CT perfusion scans show no adverse effect on perihaematoma blood flow, with early aggressive BP control to a systolic of less than 150mmHg (Stroke 2013;44:620-26)

What should we lower the blood pressure to?

The INTERACT 2 trial (NEJM 2013;368:2355-65) is the largest randomised trial of patients with intracerebral haemorrhage and blood pressures up to 220mmHg, where control was within 6 hours, to two systolic blood pressure groups:
1. <140mmHg
2. <180mmHg
Overall the trial did not show a reduction in death or disability, although there was a trend towards improved functional outcomes in the <140mmHg group.

What is also important is that the group with aggressive blood pressure control to < 140mmHg did not show early neurologic deterioration or adverse events. What it did show, was a lower haematoma volume.

The ATTACH Trial was interesting from this point of view as it had similar arms, but also a third arm that looked at aggressive BP control i.e.., 110-140mmHg. Again, no adverse events with aggressive blood pressure lowering.

What about subarachnoid haemorrhage?

Not much great evidence here. We know that rebleeding with potentially catastrophic effects can occur in the first 12 hours. This rebleeding is strongly associated with hypertension ie., systolic blood pressure >160mmHg (Arch Neurol.2005;62:410-416). Most recommendations here are consensus opinion.

What do the guidelines say?

What do you use to lower blood pressure in intracranial haemorrhage?

What would you use for the initial lowering of BP?
(a) Labetalol
(b) GTN infusion
(c) Sodium Nitroprusside
(d) Hydralazine
(e) Nicardipine

I would probably opt for Labetalol 10-20mg bolus every 10-15minutes
If I had Nicardipine, I may opt for that as a first line agent at 1-2mg/hour as an infusion, doubling it every few minutes to a maximum of 16mg/hr. I like this, because of its short half life of 5-10 minutes.

Beware GTN infusion and Sodium Nitroprusside as they can affect cerebral blood flow.

Hydralazine lowers blood pressure very effectively, with an onset at 3-5 minutes. One of it’s side effects is that it increases intracranial pressure (Stroke. 1975;6:402-404), as a balance to this, it also increases cerebral blood flow.

More to come on this at the EMCORE.