How deeply should we sedate our patients post intubation? 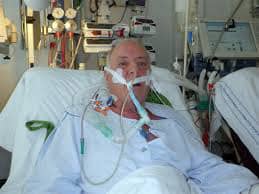 I don’t know about you, but I have always aimed at a decent level of sedation for my patients post intubation. The level can only be described as deep. The SPICE study in the Am J Respir Crit Care Med. 2012 Oct 15;186(8):724-31, however has some statistically significant conclusions that warn against that level of sedation. Certainly, in my practice, I have gone to using propofol for most of my patients and here is why you might also consider that. You can read the study here.

The study found that deep sedation (described as a RASS score of -3 to -5) within 4 hours of commencing ventilation was an independent predictor of increased time to extubation, increased mortality.

For those asking what the RASS scale is; it is the Richmond Agitation Sedation Scale and ranges from -5, where the patient is deep and totally unrousable to +4 where the patient is totally awake. The table on the left is taken from vanderbilt.edu if you wish to read more on it.

This was a Multicentre, Prospective, Longitudinal Study carried out in 25 ICU’s in Australia and New Zealand. It was adequately powered and came up with statistically significant results.

The patients were followed daily and their sedation level was measured as well as their pain score, if they could communicate it, on a visual analog scale, otherwise via critical care pain observation. CAM-ICU was also assessed during light sedation; if positive the patient was assessed as being delirious.

A cumulative dose of midazolam and fentanyl predicted delayed extubation, whereas proposal and morphine did not.

Every additional RASS assessment in the deep sedation ranges in the 1st 48 hours was associated with delayed time of extubation of 12-13 hours. 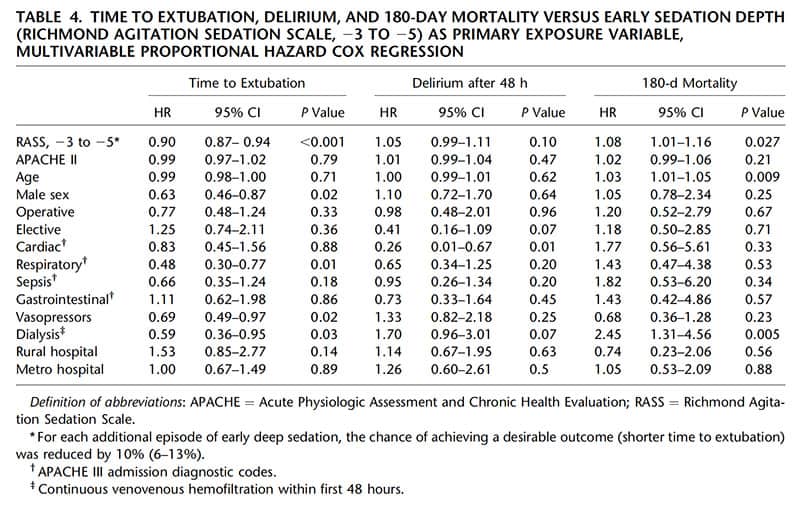