Here is a simple case of potential ventricular tachycardia(VT) How do you manage this?

A patient has been brought into your resuscitation cubicle with the a complaint of palpitations. His ECG is as follows: 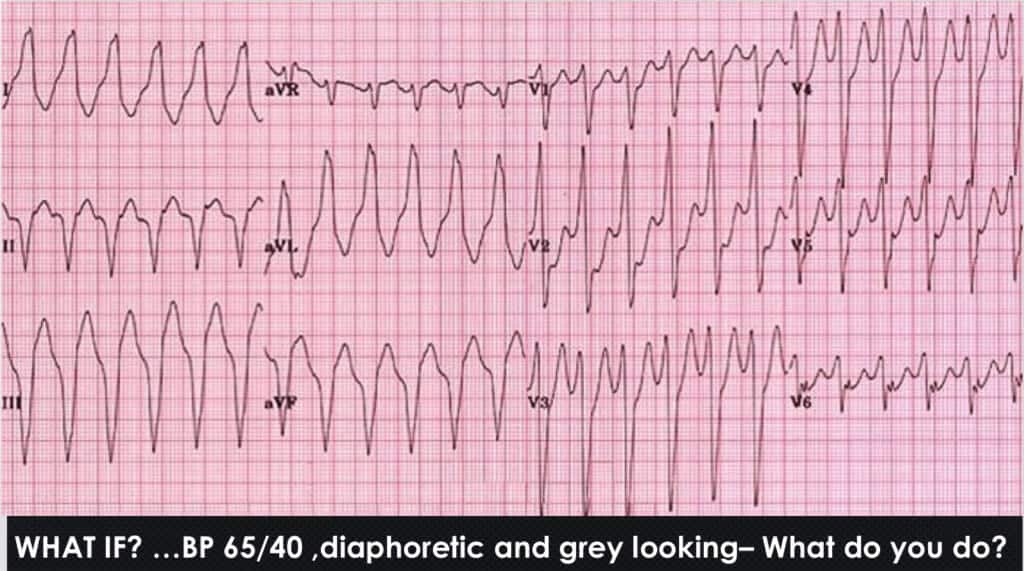 The patient is obviously unstable, so the management decision is easy: ELECTRICITY.

What if the patient is stable with a BP of 138/65 and is sitting up in bed texting on their phone. Many would argue for the same treatment. However, the fact that they are stable does mess with our minds, just a little. We become unsure. We may subconsciously weigh up the risks of sedation and delivering electricity to giving a drug. It sets up a degree of uncertainty.

Here is an example:

A 19 yo woman presents with palpitations and feeling unwell. She has no past history. Her vitals are stable including a BP of 125/60. Her ECG is shown below: 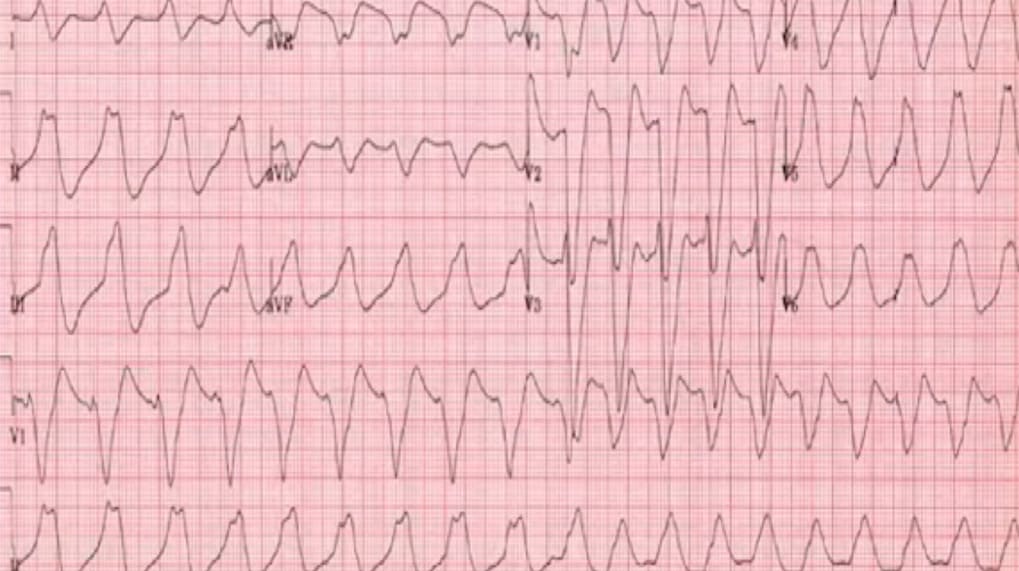 As she is stable, she is treated with IV Amiodarone and proceeds to have a bradycardia arrest and cannot be resuscitated. Why? because this isn’t VT. It’s hyperkalemia. The patient had a K of 9.3 mmol/L

Sometimes we should just sit back and think and watch rather than do.

How to Diagnose VT

There are multiple rules that can be used:

The problem with these rules is that they are not sensitive enough and they lack consistency across observers. If you sit a group of cardiologists down and ask them to apply them, they will disagree.

My 5 rules for diagnosing VT

Below is the Video of my Lecture from this year’s Cardiac Bootcamp.

This video and many others can be viewed by purchasing a subscription to EMCORE Digital.